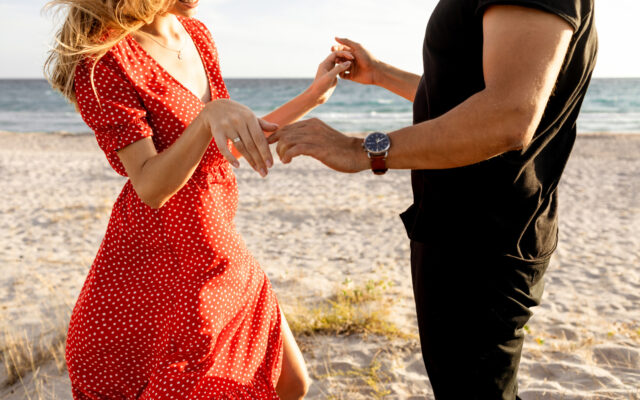 Close up mans and womans hand fell in love spending time near the sea. Happy young boyfriend and girlfriend having fun at beach on sunset. Travel and freedom concept. Back to normal.

Letting someone know that you’re not interested in them romantically can be awkward and uncomfortable, but it’s a valuable life skill. Most of us don’t like hurting people and rejection can sting, still it’s better than getting someone’s hopes up or having them waste their time and energy on you when you know it’s never going to happen.

To help it sting a little less, dating experts share their tips for rejecting someone nicely, but firmly.