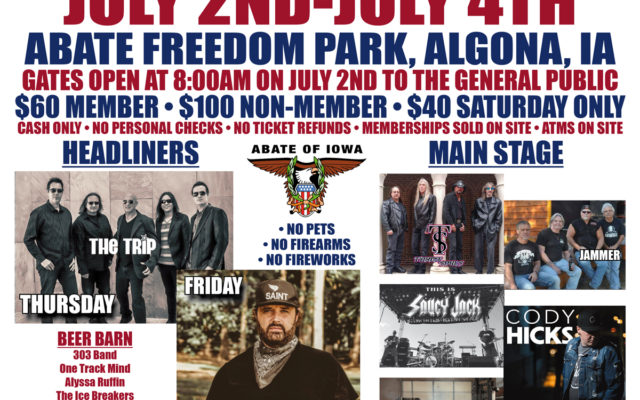 Algona, IA – ABATE of Iowa is excited to announce the lineup for the 36th Annual Freedom Rally. The Freedom Rally will be headlined by country superstar Randy Houser, rock icons Buckcherry and California based rock cover band The Trip! Kicking off on Thursday July 2, the 3-day festival includes a multitude of activities including 14 bands, a tattoo contest, bike show & rodeo, burnout pit, DYNO, fireworks, sled pull, duck race, vendors and more! Tent camping is included is all tickets and the rally is open to the public.

The complete musical lineup is listed below in performance order: 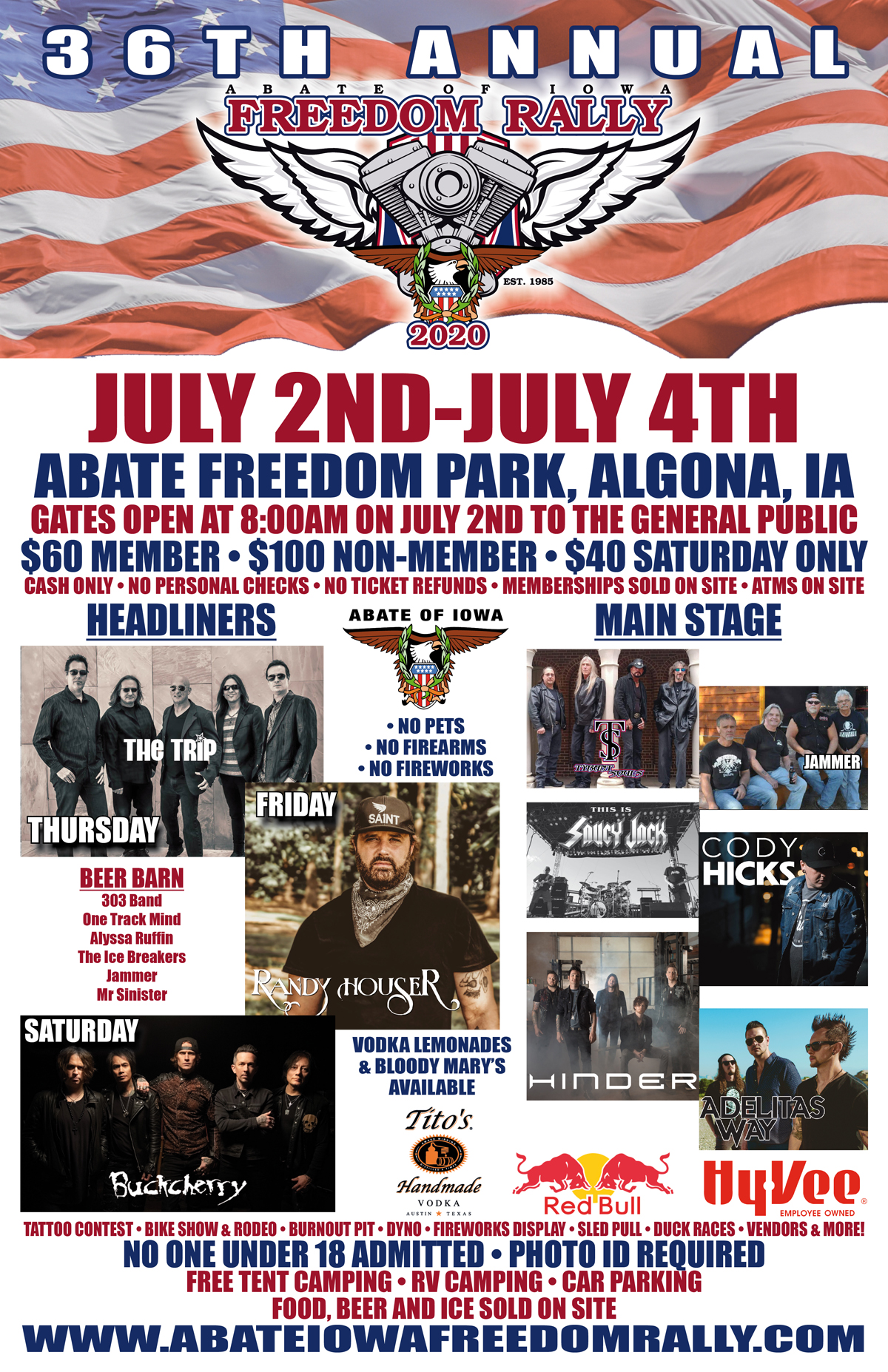 About ABATE of Iowa Freedom Rally – For thirty-six years A.B.A.T.E. of Iowa has been sponsoring the Freedom Rally. Motorcyclists come from Iowa and nearby states, even as far as Canada and the western states. The rally attendees come to visit with friends, see 14 great bands, a bike show and rodeo, mud wrestling, and other entertainment. There are vendors with a variety of food, motorcycle-related merchandise, and also tattoo artists. ABATE of Iowa sells beer, Tito’s vodka, Red Bull, cigars & cigarettes. Attendance at the Rally in 2020 is expected to be at least 10,000.

Ticket discounts are offered to any member of a registered SMRO (State Motorcyclists’ Rights Organizations). To find out if a certain SMRO qualifies, call the ABATE of Iowa Office in Eldora. NonSMRO-Members are welcome to come and enjoy the rally. Come as a non-member or join ABATE of Iowa (just $25) and receive a discount on rally tickets immediately.