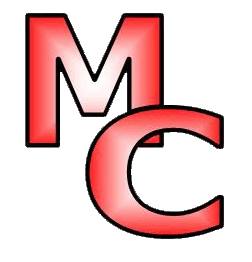 MASON CITY The Mason City School Board Monday night approved three issues that resulted from the special investigation by the State Auditor’s office that showed over $2.2 million was not properly disbursed during an eight-year period between July 2009 and August 2017.

Board member Jacob Schweitzer says those employees have stuck through the special investigation process and are due the back payments.  “We’re currently in the process of a very lengthy process of trying to correct the administrative pay because of the actions that we’ve been taking over several years were merit or whatever the rationale was between the different payments, but now we have this smorgasbord of pay schedules that we’re trying to work through.”

Board member Scott Warren voted against the motion, saying that approving these underpayments could lead to other people coming back to the board wanting back pay they were promised.  “What if somebody 15-18 years ago because we paid those administrators in a discretionary fashion…I’m not saying it was right, but could you open up this whole can of worms for people going back because it always had been in a discretionary fashion, and we as a board, at least in the time that I’ve been present, did not okay each and every raise to that administrative team. We’ve changed how we do that now, but for us to go back I think opens up a whole can of worms and you got to live up to your agreement, and your agreement was on a piece of paper, it’s called a contract.”

Board member Doug Campbell says the board has done a comprehensive job of cleaning up due diligence from the past, and paying those employees is the right thing to do moving forward under a new administration.  “It is the primary function of this board to be fiduciary, so we need to do everything we can in a fiduciary sense to set that straight. So I’m going to disregard most everything in the past and try to go forward in good faith with anybody that would ever want to become an administrator here or work here to see that going forward we’re going to take care of it. I quite honestly don’t care what previous boards have done, I want to be a board of good faith, we’re open and honest and want to do the best we can.”

Superintendent Dave Versteeg confirmed to the board last night that an investigation is continuing regarding the improper disbursement of funds. “My knowledge is there is a case in overpayment, and it is an ongoing open investigation. So we don’t really have any comment about it, and nobody is commenting about it, but it is still pending.”

Warren and Lorrie Lala were the only two board members to vote against the motion to pay those who were underpaid.

Listen back to the school board’s discussion via the audio player below: