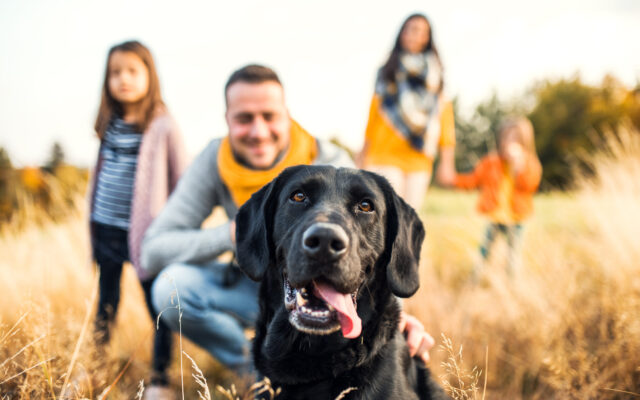 A young family with two small children and a black dog on a meadow in autumn nature.

A beautiful picture of the family is something many of us want, but the reality of making it happen isn’t quite so easy. Our cranky kids often get the blame for being difficult and ruining the photo shoot, but a photographer says it’s not the little ones who are at fault. It’s actually the dads.

The photographer, who goes by @hannahholpay on TikTok, recently posted a TikTok video calling out dads as the problem, in response to a woman’s video of herself crying in the car after a stressful photo shoot. “I cannot express to you guys how many men show up to photo shoots throwing a fit because they have to be there,” she says. “This is so frustrating because nine times out of ten, the dads and their bad attitude are what’s holding us up.”

According to Hannah, moms often book these pricey photo sessions because their husbands never take pictures of them with their kids and that moms “just want memories” for their kids to look back on after they’ve passed away. “I would rather a million times over do a photo shoot for kids who are screaming and crying because they didn’t sleep well the night before … than do a photo shoot with a dude who’s got a s**t attitude,” she reveals. The photographer says it drives her “insane” when she hears men complaining about having to be there, adding, “And you’re sitting here complaining because you have to spend a half an hour to an hour taking photos with the family that you created? Grow up.”