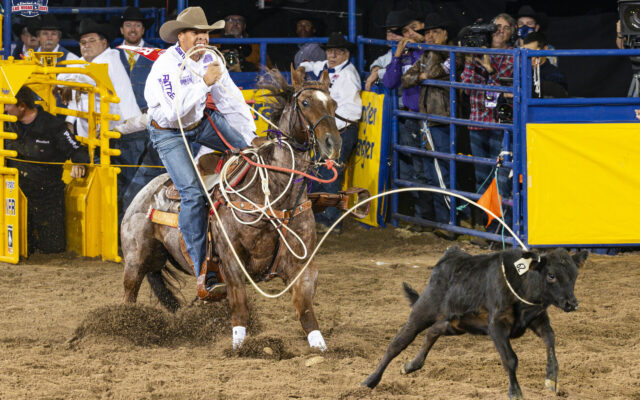 AUSTIN, Texas – Shad Mayfield is known for throwing down fast runs when it counts most, especially on ProRodeo’s biggest stages and he put that on full display at Rodeo Austin on March 26.

The 2020 PRCA World Champion Tie-Down Roper was the last one out in the finals and delivered a run rodeo fans won’t forget. He stopped the clock in 7.4-seconds to capture his first Rodeo Austin title, nudging out second place John Douch by four tenths of a second.

“It seems like I haven’t won a big rodeo in forever. So, I really wanted to get the win here in Austin,” said Mayfield, 21. “You know my horse (Rampage) worked great and the calves were good.

“There were a lot of tough guys going at it tonight. To be last out is kind of good because I knew exactly what I needed to do. When I backed in, I said I want to win first right here and I made it happen.”

The title in Austin is Mayfield’s first rodeo win since Nov. 21 in Tatum, Texas. He said things are headed back in the right direction and his star-studded horse Rampage is a big reason why he was able to pick up the key NFR Playoff Series presented by Pendleton Whisky win.

“I’d say he’s responsible for 75 percent of my success and I trust him so much,” he said. “To me he’s the best horse out there and he works the best every time. I never have to do anything special because I knows he’s going to do his job and I just have to do mine.”

It’s been anything but an easy week for Mayfield. As he arrived in Austin, he received a phone call that a wildfire had sparked near his home in Lipan, Texas, and was headed directly for his property.

“It was scary, to be honest roping was really the last thing on my mind,” Mayfield said. “But I just had to block that out and thankfully I had great friends and family back home that got all my stuff off. Thanks to the firefighters and everyone that helped they got it contained a half mile down the road from my place. So, you know it was a scary feeling for sure, but I was one of the lucky ones.”

What started as a frightening week for Mayfield ended in some more good fortune. He walked out of Austin with an additional $17,879 to his name, bumping him up to third in the PRCA | RAM World Standings. He said he’s right on track, with one goal in mind for the 2022 ProRodeo season.

“I’m definitely after gold buckle No. 2 and I’m hungry for it this year,” he said. “There’s no doubt about that.” 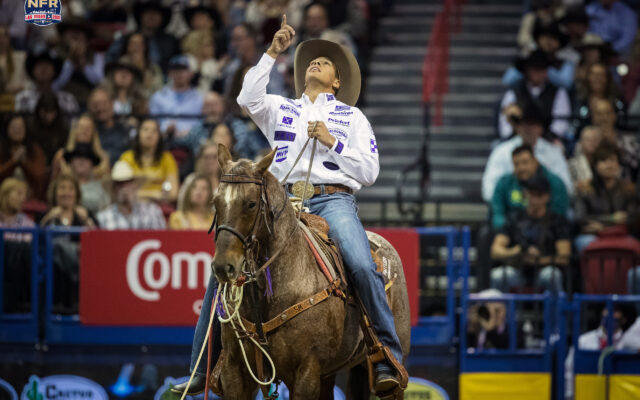