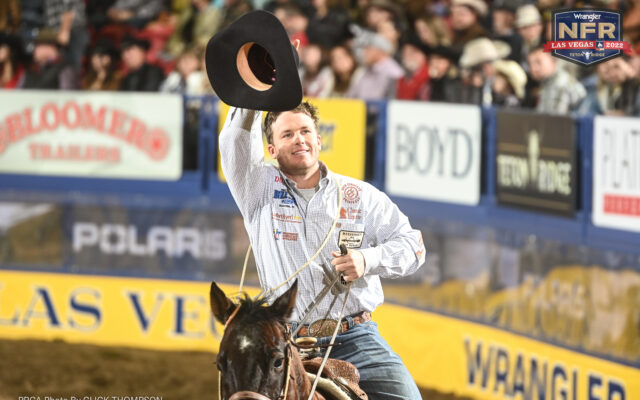 Tie-down roper Caleb Smidt (Bellville, Texas) keeps on winning. After capturing Round 1 with a 7.5-second run he added the Round 2 victory with an even quicker 7.2-second run.

“There’s truly no words to describe it, there’s no other feeling like it,” said Smidt about his winning ways. After winning Round 1, Smidt was able to slow everything down. “I just came back tonight and did my job, I tried not to think too much about it,” said Smidt, 33.

Smidt was to the point when talking about his game plan for the remainder of the NFR.“I’m going to do the same thing I did the last two nights,” he said. “As long as I keep having fun and keep my steps simple, it’ll be a lot of fun here.”