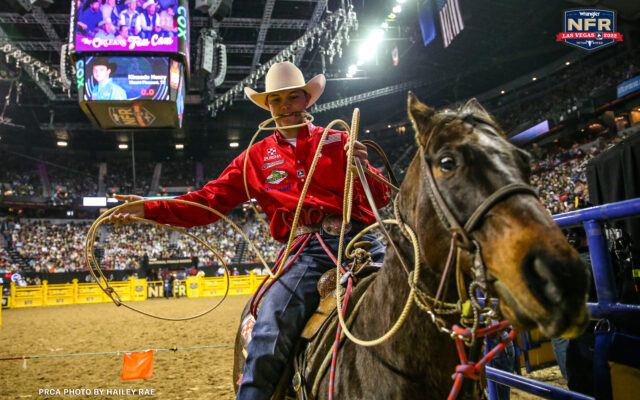 Kincade Henry is making plenty of memories in his NFR debut.The Mount Pleasant, Texas, cowboy clocked a 7.1-second run to win Round 7. He also split the Round 5 victory at 7.3 seconds.

“That’s pretty lucky,” Henry said. “I like 7s.” Henry acknowledged horsepower has been a key to his success.

“The horse I’m riding – it’s not supposed to be easy, but he makes it easy,” said Henry, 20. “The past couple of nights whenever I won the go-around I threw right there and then the next night I did the same thing and last night I had a stupid throw right there that I missed. So, to make that run, add another extra swing that builds confidence for these next three rounds, knowing I can go that far and still tie her in a short seven. So that’s a huge confidence builder for these next three rounds and the next couple of years to come.”