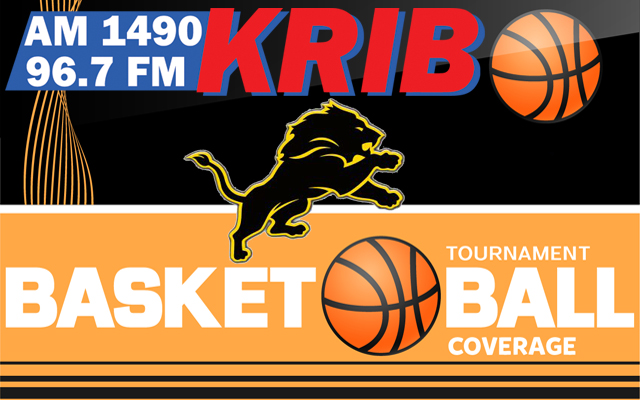 CLEAR LAKE — For the first time in 40 years, the Clear Lake boys basketball team is in the state tournament as they’ll face West Delaware in a Class 3A quarterfinal later today. The Lions are the only undefeated team in Class 3A but only garnered the fourth seed in the state field. Clear Lake coach Jeremy Ainley says he believes his team is talented enough that they’ll be playing three games this week.

Clear Lake will face a West Delaware team that is 17-6 overall and finished in a three-way tie for second in the WaMac Conference-East Division at 12-5. The Hawks are led by 6-foot-7 senior Derek Krogmann, who leads Class 3A in rebounds at 14 per game and is fourth in scoring at 21.8 points per contest. You can hear live and local coverage of the Clear Lake-West Delaware Class 3A state quarterfinal game this afternoon starting at 12:30 with the pre-game, with the tipoff scheduled for 1 o’clock on AM-1490 & 96.7-FM KRIB and online at kribam.com

IOWA CITY, Iowa (AP) — Iowa senior Megan Gustafson has been named the Big Ten player of the year, becoming the first Hawkeye to win the award twice. Gustafson was tabbed for the honor in a vote by the league’s coaches and media members. Gustafson averaged 28.4 points, 13.8 rebounds, and shot 68.7 percent from the field in Big Ten games this season.

AMES — The Iowa State women celebrated Senior Night with a 69-49 win over Kansas last night. The Cyclones locked up the second seed in the Big 12 Tournament.

DES MOINES — Drake will be without one of its top players for the Missouri Valley Conference Tournament.

Drake overcame the loss of star point guard Nick Norton in the opening moments of league play to earn a share of the Missouri Valley title and now face a similar challenge heading into the conference tournament.

Freshman guard D.J. Wilkins will miss the remainder of the season with a broken ankle suffered with nine minutes remaining in Saturday’s win at Missouri State. Wilkins averaged just over 11 points per game and also is second on the team in steals.

The Bulldogs are the two seed in the tournament and will play either Illinois State or Evansville on Friday night.

FORT MYERS, Fla. (AP) — Jose Berrios will be Minnesota’s opening day starter, the first such assignment for the 24-year-old right-hander. Twins manager Rocco Baldelli made the announcement, with the first game against Cleveland set for March 28. Berrios was the team’s only All-Star last season. Berrios posted a career-best 3.84 ERA last year, his third in the major leagues, with 202 strikeouts in 192 1/3 innings. Berrios will be the youngest opening day starter for the team since Brad Radke in 1997.

UNDATED (AP) — Jim Delany will step down as commissioner of the Big Ten Conference in June 2020. Over three decades, the 71-year-old Delany helped the Big Ten grow to 14 schools, launched the first conference television network and helped construct the College Football Playoff. He also protected the league’s relationship with the Rose Bowl. Big Ten revenues soared under his leadership and he became one of the most powerful figures in college sports.