The organization was presented with a grant opportunity by the Mason City Chamber of Commerce that’s part of the “A Community Thrives Grant” sponsored by the USA Today Network using the fundraising website Crowdrise.

Youth Hockey board member Melissa Fabian says the grant sponsors are putting a number of non-profits in competition with each other, with different goals each week, with bonus grants being offered when those goals are achieved.  “This week through Monday April 1st, the top ten organizations that receive the highest number of eligible donations online will be awarded a bonus $3000. Next week we go into a competition for the actual monetary donations, and we would receive a bonus $5000 grant. And in week four, it’s going to be the ten eligible participants in the campaign that raised at least $500 in that last week. So that week if we just make $500, we get entered into the bonus challenge for that.”

Youth Hockey president Steve Crane says this part of their fundraising campaign is being targeted toward youth development and getting families interested in the program. “I think there’s a lot of people who think ‘oh hockey people, they’ve always played hockey generationally, their dad, and their dad’s dad,’ but it’s not true. More and more people are being introduced as first-generation hockey people. Sometimes they don’t know where to start, what it looks like, and what support they might need, and that’s what we’re really trying to do is generate some funds in this grant towards that in how we help support with equipment and things like that. Obviously we have our other capital campaign and things will be moving along in parallel.”

If you want to be a part of the fundraising process, click here to take you to the Mason City Youth Hockey website. 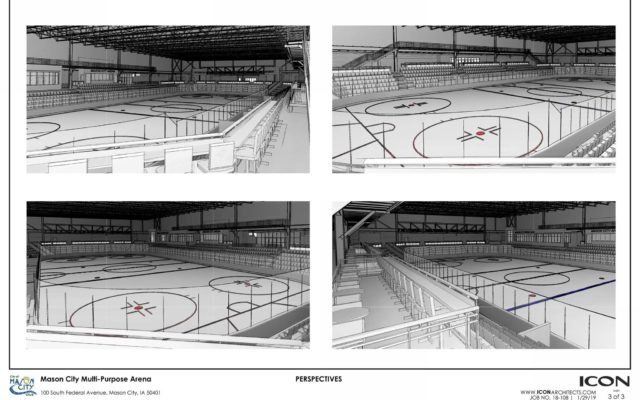