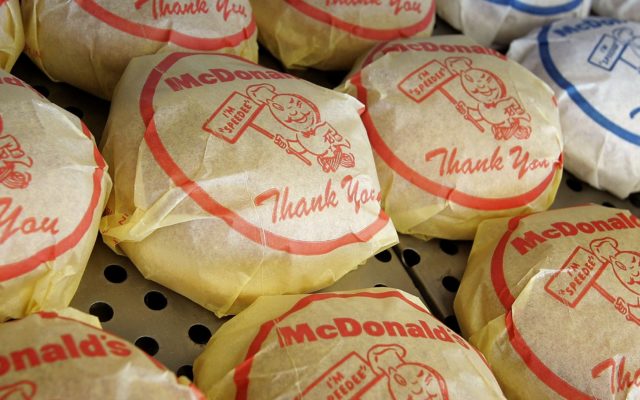 DES PLAINES, IL - APRIL 14: A wrapped cheeseburger and hamburger display sits inside the McDonald's USA First Store Museum April 14, 2005 in Des Plaines, Illinois. The McDonald's museum is a recreation of the first McDonald's restaurant opened at this location by founder Ray Kroc on April 15, 1955. The original red and white tiled restaurant was finally torn down in 1984 and the present facility was built according to the original blueprints with some modifications to accommodate visitors and staff. The customer service and food preparation areas contain original equipment and the all male crew is represented by mannequins dressed in the 1955 uniform of dark trousers, white shirts, aprons and paper hats. McDonald's will mark their 50th anniversary with an opening of a new restaurant in Chicago. (Photo by Tim Boyle/Getty Images)

McDonald’s Is Rolling Out 3 New Breakfast Pastries McDonald’s still has a hold on all-day breakfast, but for now, you can get three breakfast pastries all day!

It’s been over eight years since the food chain has added new baked goods to its menu. But according to a press release, McDonald’s has three new treats for you

A blueberry muffin that’s soft and fluffy, cream cheese on top of a cinnamon roll, and a golden fried apple fritter. These new treats will be available to meet your taste buds beginning Oct. 28, morning, noon, and night.

Are you excited to try McDonald’s new pastries?