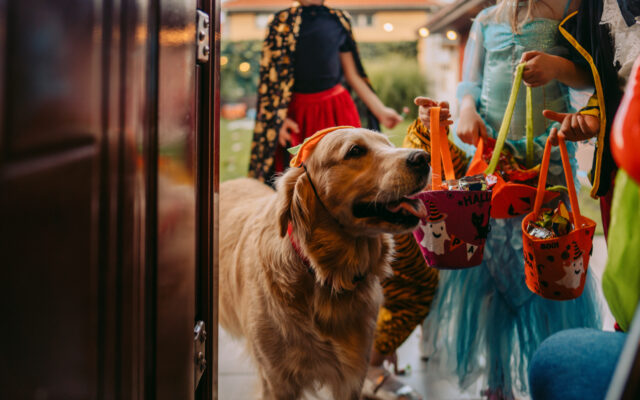 Costumed dog on a trick or treating adventure with kids

Apparently a lot of people aren’t just thinking about their costumes, but about their pet’s costumes as well!

As for the most common dog/cat costumes…