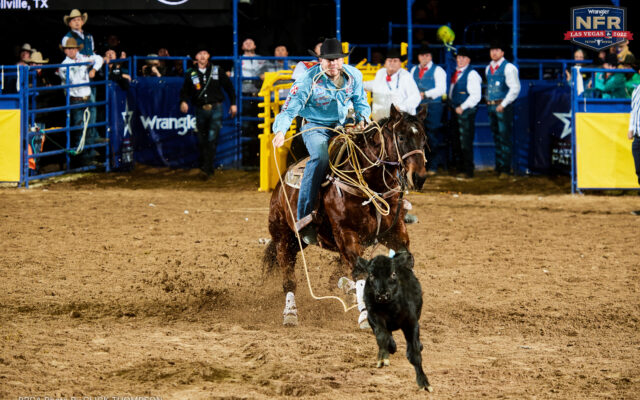 “It’s unbelievable. Just what I have accomplished is beyond my imagination,” Smidt said. “My belief in God and the horse I have, and my family pushed me to be better every day. It’s a tough sport to even do this. To leave your family in the summer to make it here is hard, and it’s a long 10 days here. It’s an unbelievable blessing to do this. And to have the success I have had and great friends I rope against every day who encourage me to be who I am, it’s amazing. I am happy for my family. They have been supporting me all week. I do it for them, for the fans and I give all the glory to God.”

“I don’t even think I would have a gold buckle without him,” said Smidt of his star horse Pockets. “That’s how good he is. The consistency he gives me every time I nod my head. It’s unbelievable. When I am back in there, and I know it’s all on me to win something, it’s pretty easy. I don’t have to worry about my horse. A lot of guys this week were switching horses to try to find something that works. When I ride on him, I know I have a chance. When you have a horse that does the exact same thing every time it gives you a chance. He’s going to do his job.”