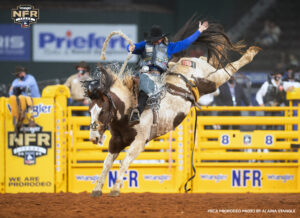 Saddle Bronc Riding and Bull Riding is All Wright.  The winners for the first two rounds of saddle bronc riding and bull riding are all from the Wright family.  Three brothers Rusty, Ryder, and Stetson have found gold in Texas.  Stetson Wright won the first two rounds in bull riding, while also competing in saddle bronc riding, which was won by his brothers Rusty Wright in Round 1 and Ryder Wright in Round 2.

Round 3 highlight results by ProRodeo